The ‘Common Flaws‘ in ALL encryption technologies to date are :

FooCrypt, A Tale Of Cynical Cyclical Encryption, takes away the above ‘Common Flaws‘ by providing you with software engineered to alleviate them.

1,2,3 are mitigated by the FooKeyBoard, Auto Key Press ( AK / FAK ) and a simple combination of colors modifying the Cypher Key Control Text Window. The TopeSecretCypherKeyControlText Preference Setting enables you to have a such a configuration. All the Text is hidden until you click and drag the cursor over a text area revealing only the portion of the text window you choose. You can even create a FooKey, without knowing the original characters that you are replacing by using the XY features ( XY ), or by revealing any of the characters contained within the FooKey. 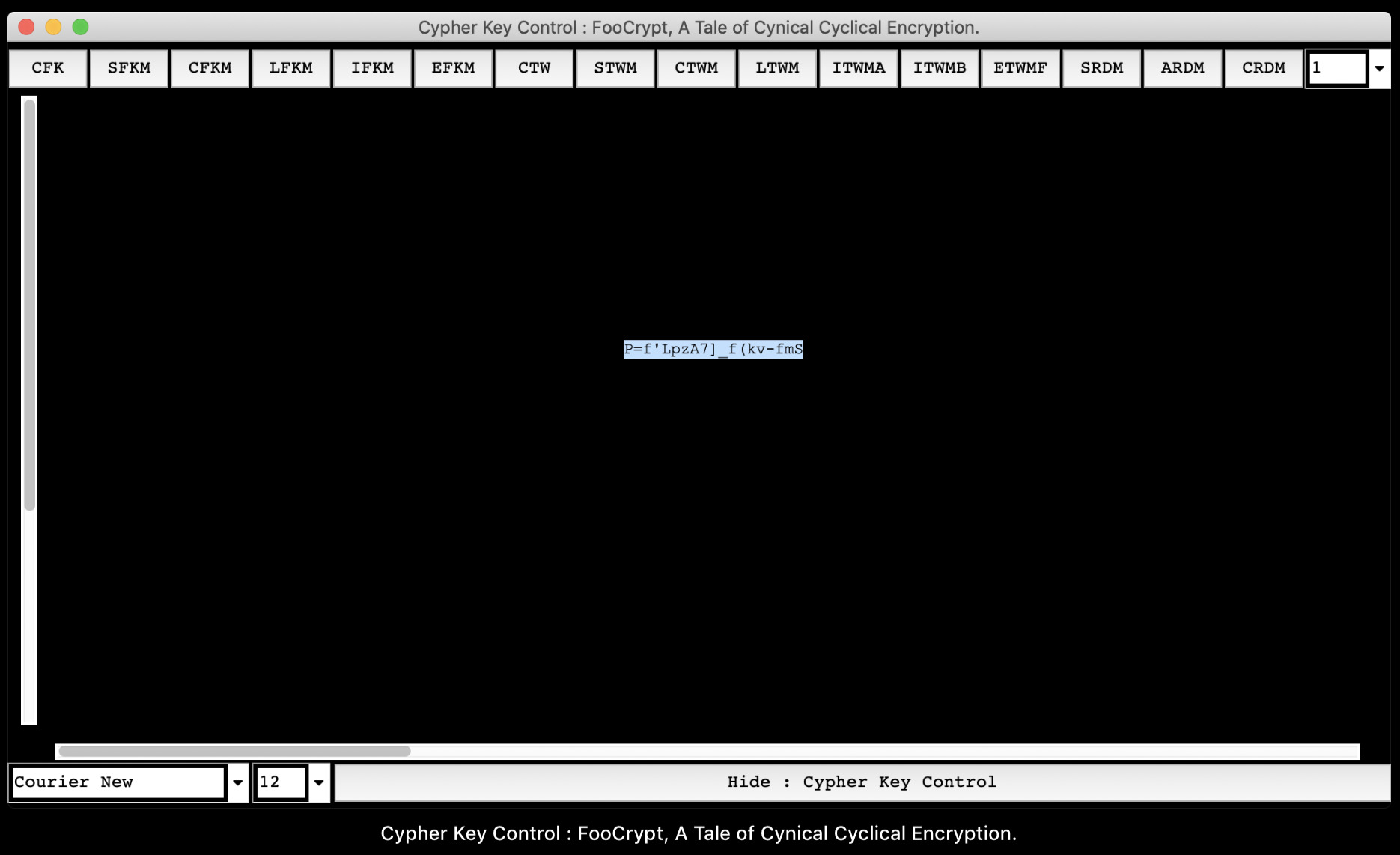 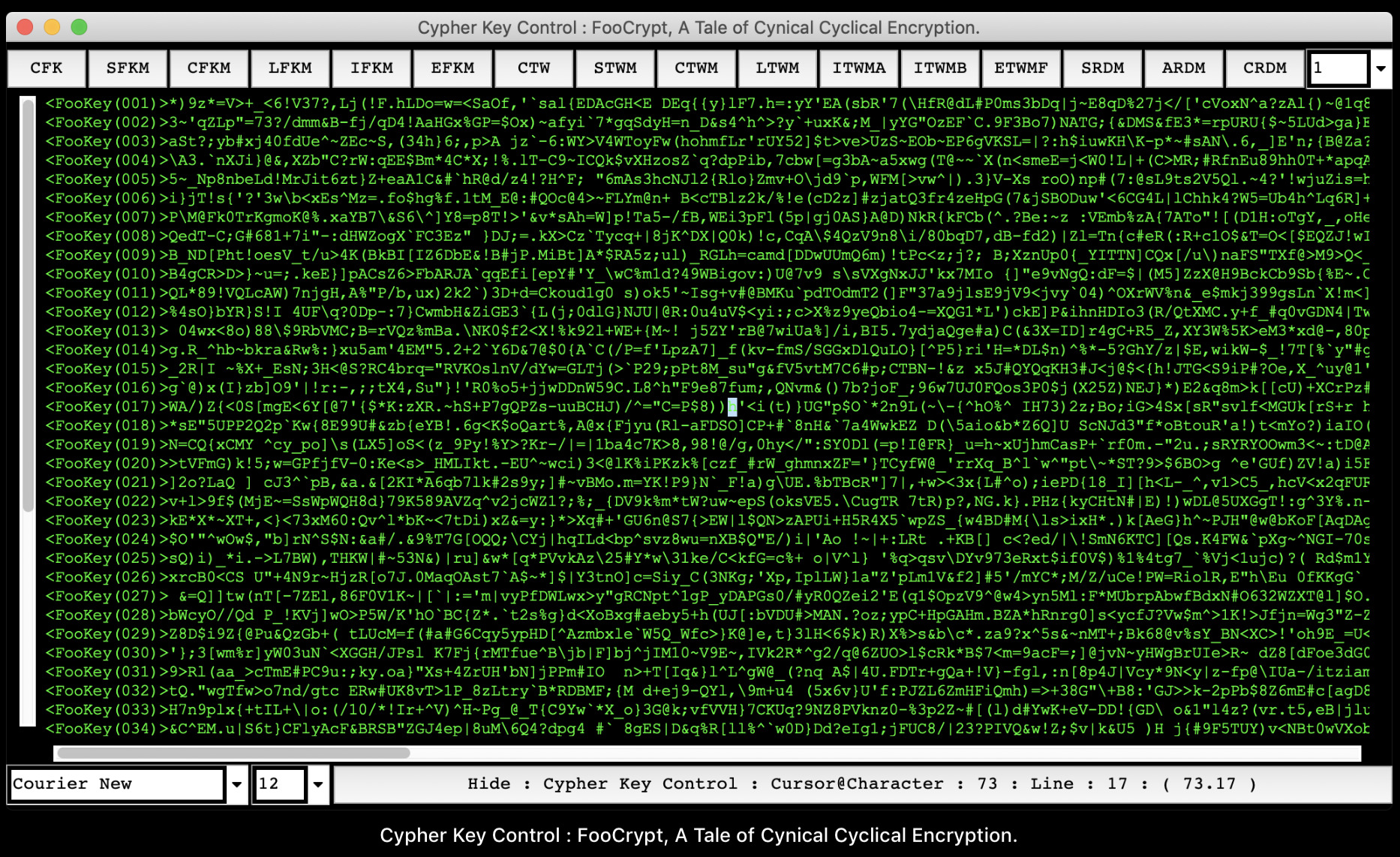 4 is mitigated by the simple configurability of FooCrypt, to accept random data from an unlimited number of sources and following FooCrypt’s DEFAULT settings of utilising a length up to the maximum 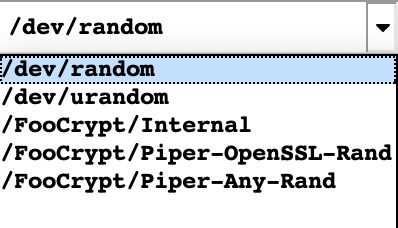 5 is mitigated by FooCrypt’s ability to import any binary data as a source for creating a FooKey, hence sharing the FooKey, can be obfuscated by an act as simple as sending the third party :
A Photo
A Music file
A Document
A URL to a data source on the Internet / Intranet
The possibilities are endless 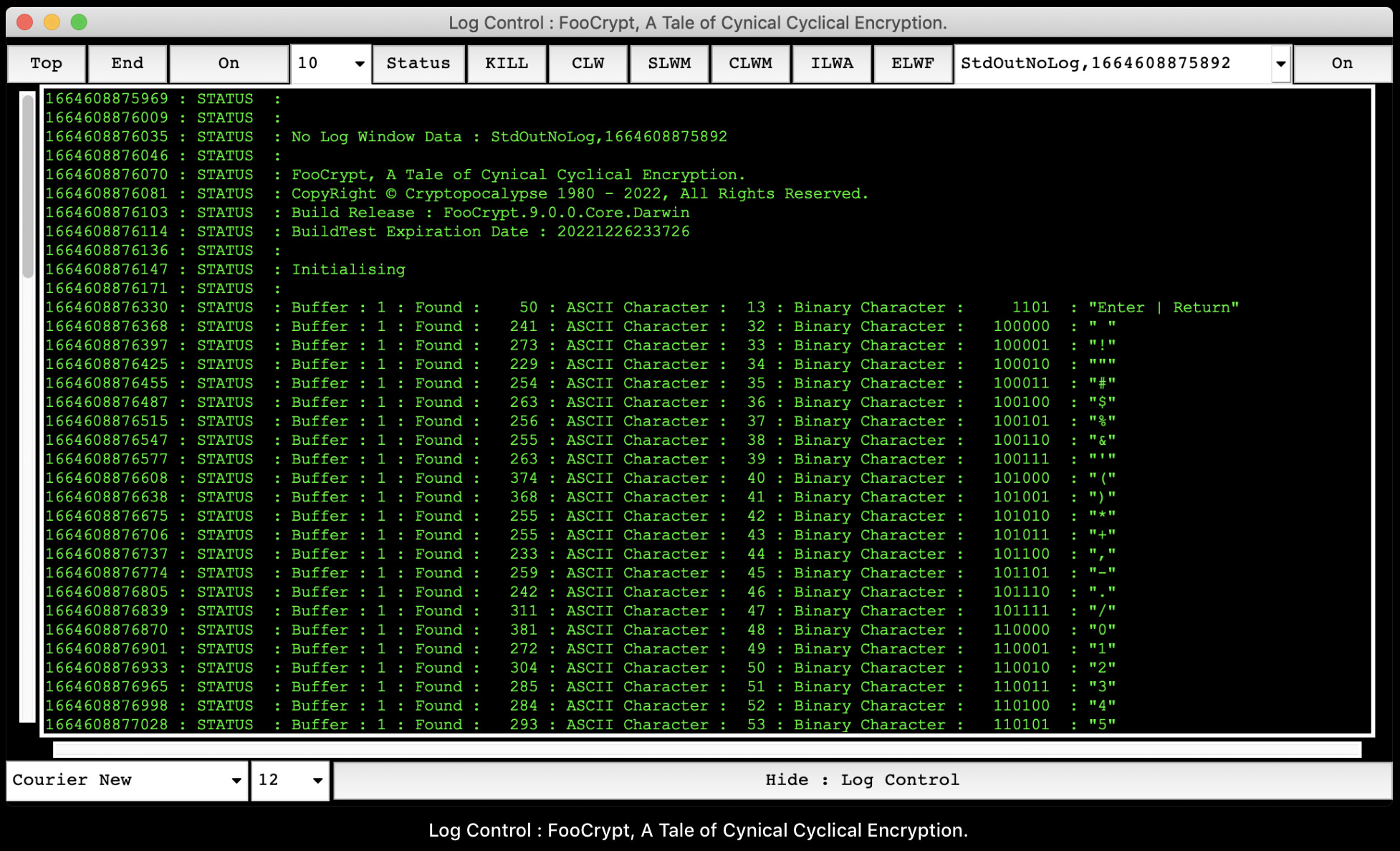 5 and 6 can also be mitigated by using FooSteg to obfuscate the sharing / storing of a FooKey, by embedding the FooKey, inside an image. 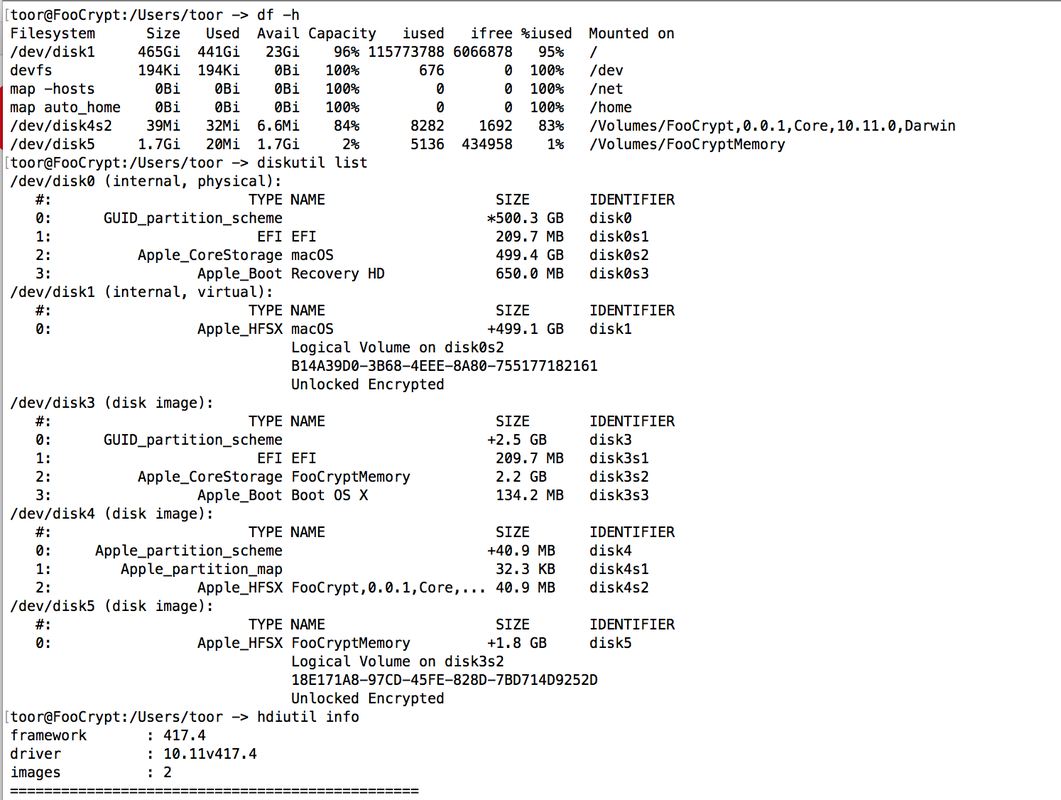 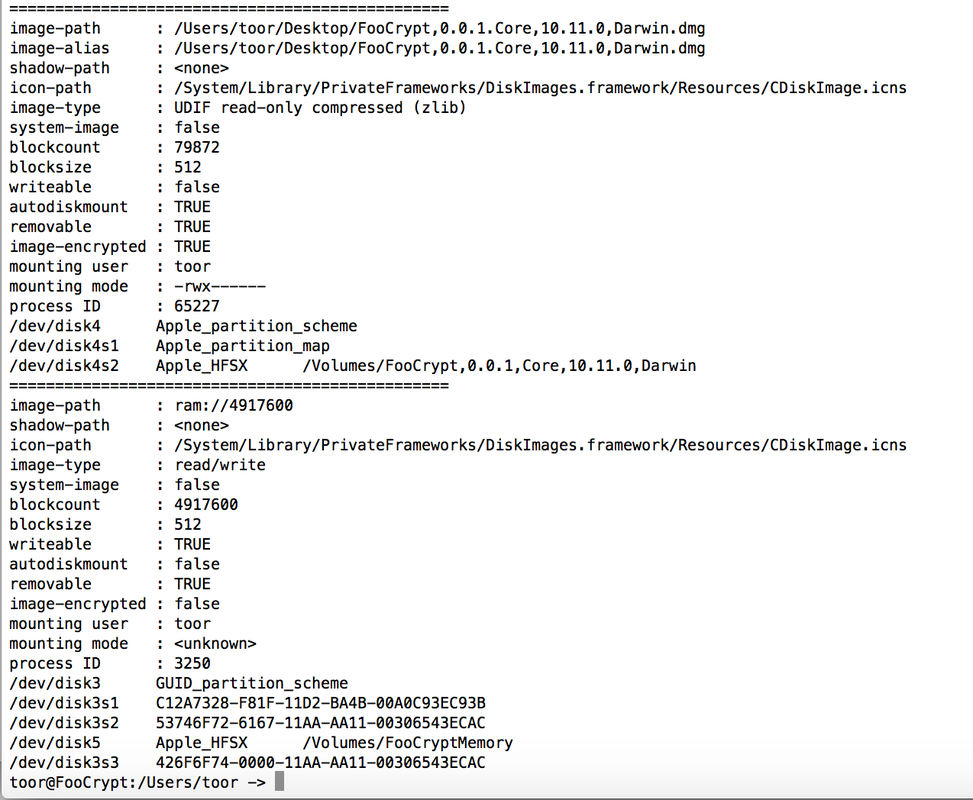 In the above images, FooCrypt is running from the Disk Image and has been configured to utilise an external media device /Volumes/FooCrypt as well as /Volumes/FooCryptMemory which is an encrypted volume, created out of a portion of the available memory.Encrypted RAM Volumes are currently under going extensive testing for integration into
FooCrypt, A Tale Of Cynical Cyclical Encryption
and scheduled for the
​DARWIN release 4th Quarter, 2022. 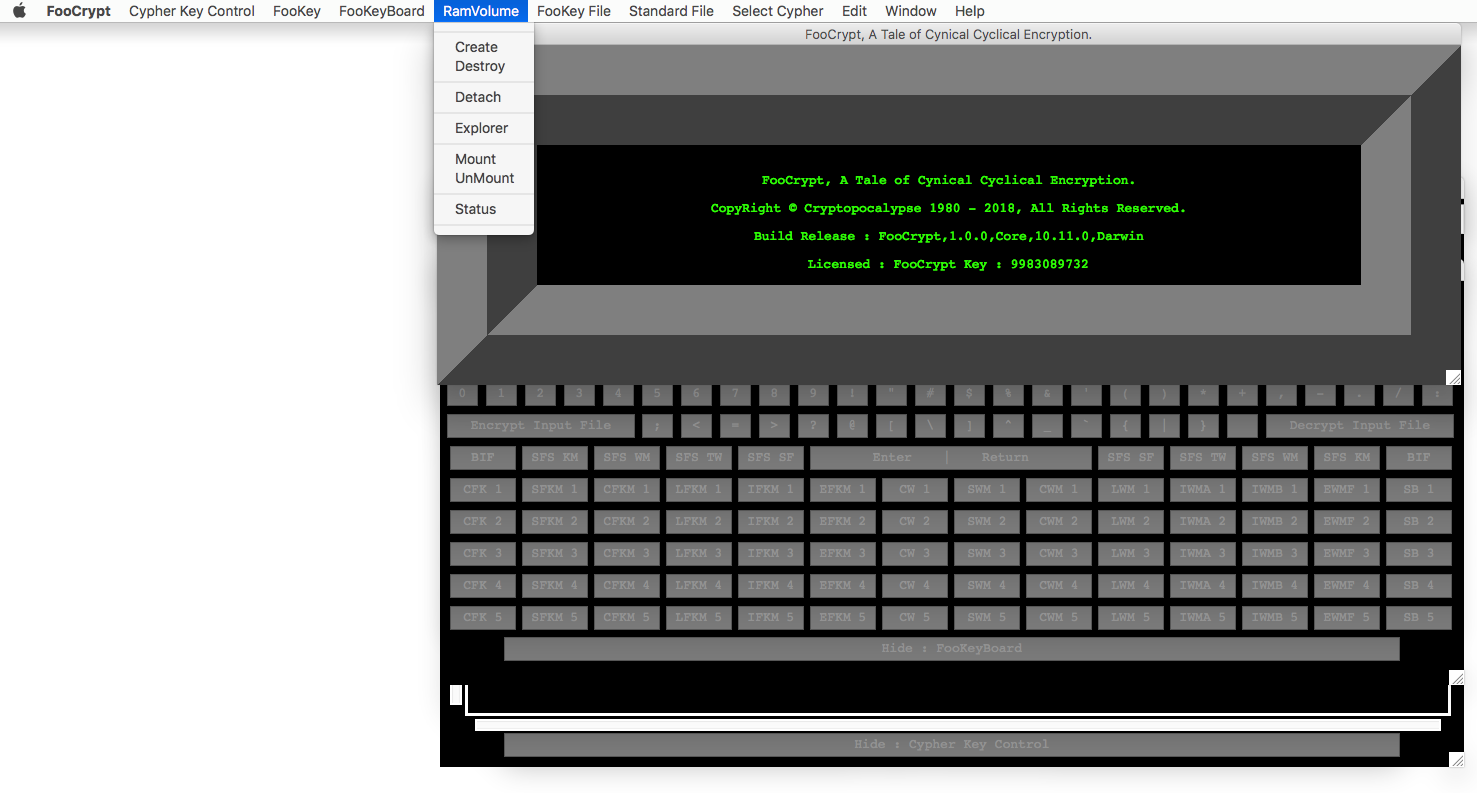 No One To Date Has Been Able To
By Pass Or Break Into
A File Encrypted With The
FooKey Method.

​Ubuntu 20.04.3, Hardware, VM, Cloud, Live ISO or USB
Binary Compatible Linux, Hardware, VM, Cloud
( If FooCrypt isn’t compiled for it, ask and it will be )
All Linux Options Are Licensed to a Licensing Dongle
​
Example : FooCrypt.X.Y.Z.Core.Live​.Linux ISO in a VMware Virtual Machine 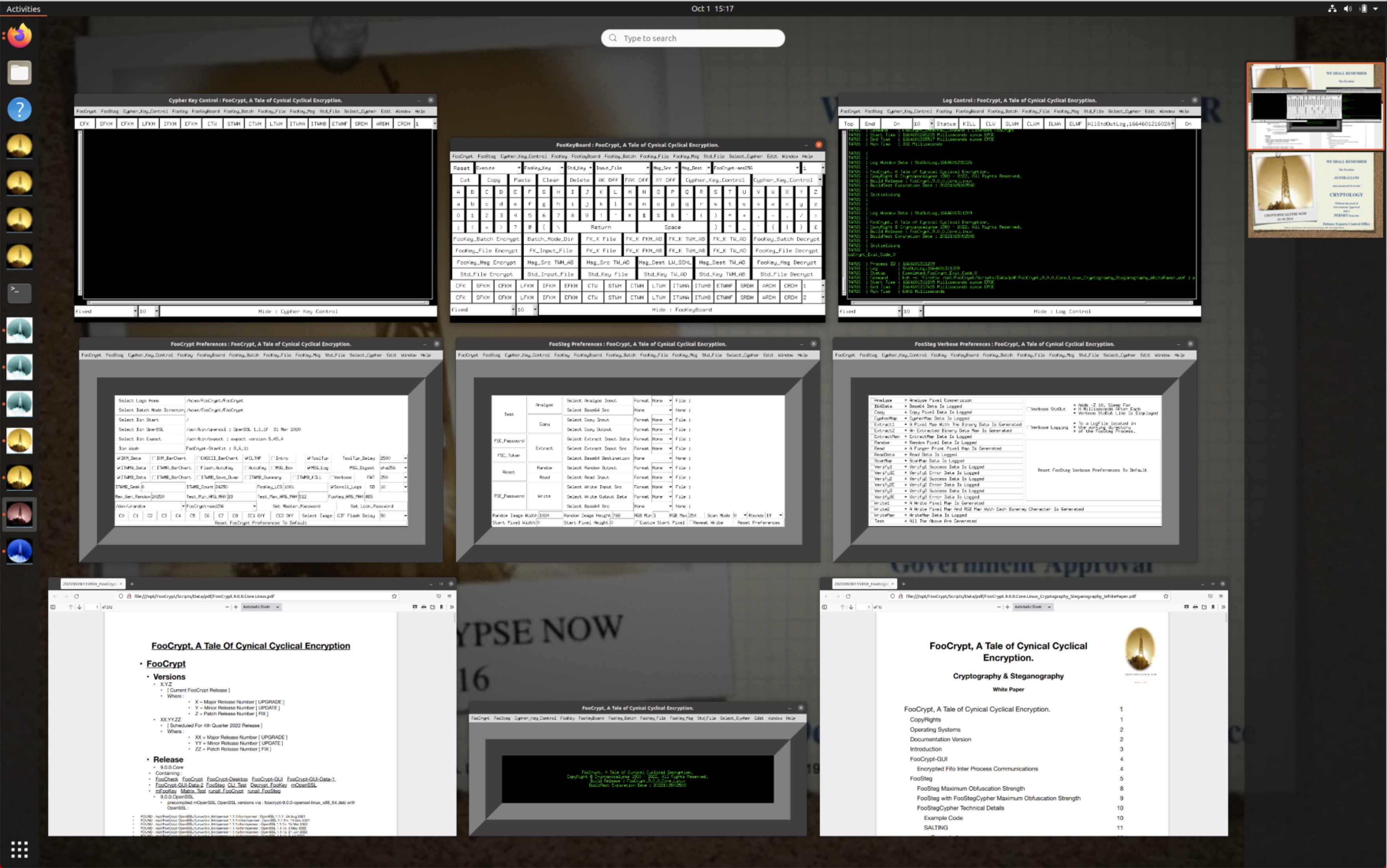 Check Out The Other Installation Types