Creating a FooKey is fun, exciting, and has endless possibilities for you to think about

The Key to a FooKey, is best described in the following steps

​1. Decide on the source of the characters for your FooKey

2. Once you have primed either the Random Data Memory or Window Memory with the source for your FooKey, creating a FooKey is as simple as hitting the ‘CFK’ button, or hitting the ‘CFK [ 1 – 5 ]s’ 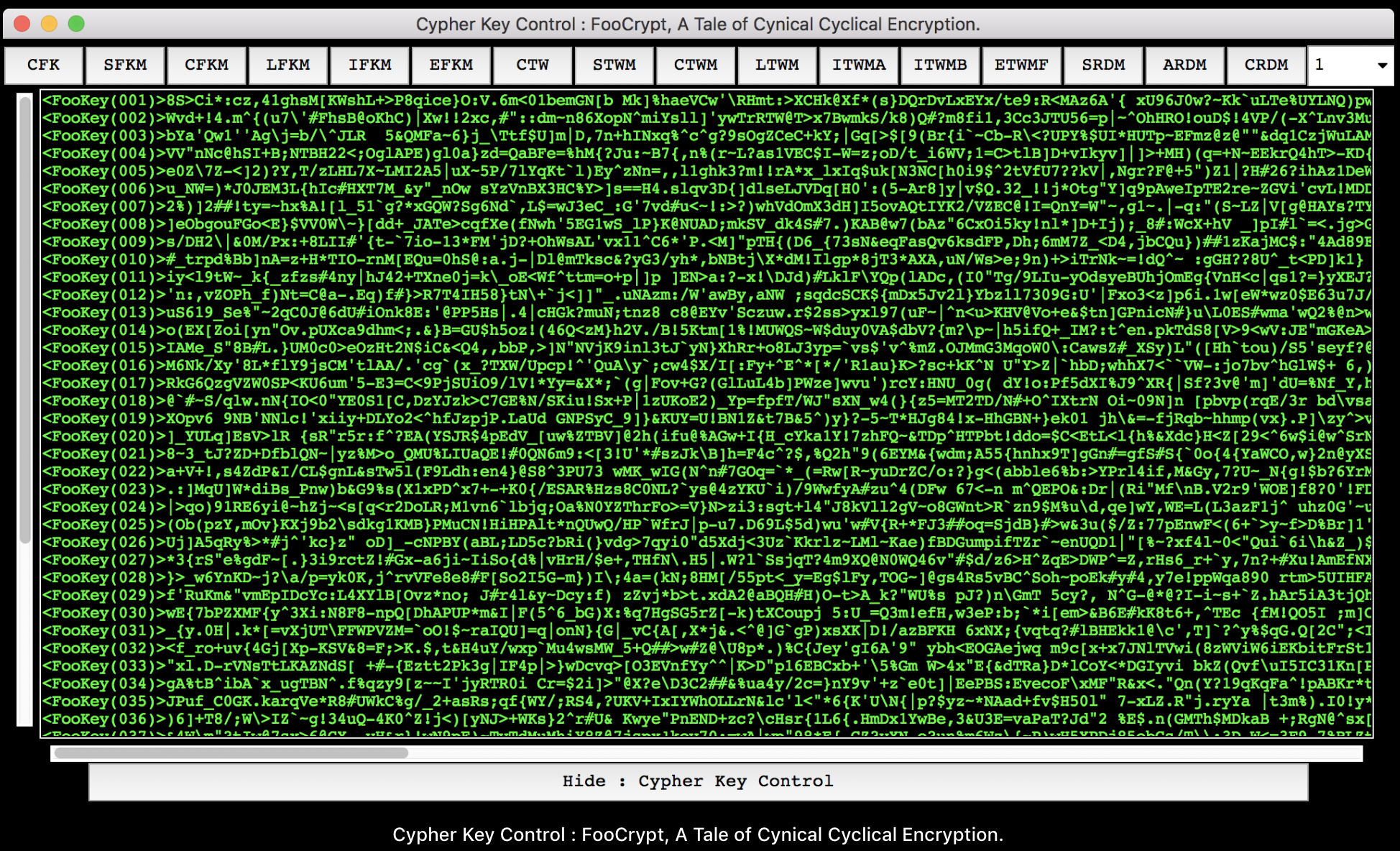 4. You can save the FooKey into a file which will be protected automatically in a single layer of encryption, utilising the ‘MASTER_PASWORD’ as the password source

Encrypted & ASCII FooKey will be saved as